Following many months in the making a large retrospective of my work opened last October at MUAC in Mexico City. A huge thanks to everyone who made it possible and those that visited the show. -Coming and Going- curated by Pilar Garcia, focuses on my design ‘as an urban proposal’ – The following information is from MUAC’s description of the show:

‘The presence of Lance Wyman’s icons persists in the mexican social, cultural and urban imaginary, and his work marked a watershed in the history of design in Mexico. For this exhibition at El Museo Universitario Arte Contemporáneo (MUAC) de la UNAM in Mexico City, projects were chosen  that have influenced the visual identification of urban life in mexico and the wider world, including furniture, sketches, photographs and statements that offer insight into the creative process of abstraction and research that wyman engages in to find a solution to each of his projects.’

‘In 1966, Lance Wyman arrived in Mexico City with the aim of participating the international competition for the design of the graphics for the Mexico Olympic Games 1968. A graduate of the pratt institute in new york, Wyman possessed sound experience in the field of graphic and industrial design, having worked in the office of George Nelson, considered the father of the industrial design of the american international style, and a leading partner in the firm of Herman Miller. For the 1962 trade fair held in Zagreb, Yugoslavia, Wyman began to explore the idea of building in three dimensions and on a monumental scale the logo for the US pavilion. for the mexico olympic games 1968, wyman’s proposed logo was selected, and he became the graphic designer on the Olympic Program Team headed up by architect Pedro Ramírez Vázquez.’

View of the exhibition space – Right is the USA pavilion for the Zagreb Trade Fair, 1962
photo – designboom

‘In relation to this project, his contribution to the design of the icons for the cultural olympiad – which formed part of the Olympic Program for the first time – is of particular note. From then on, a series of experiences tightened Wyman’s links with Mexico and helped to define a new way of understanding contemporary graphic design, establishing him as one of the leading figures in the evolution of visual identification. His work in mexico presented him with the problem of using visual design to create a functional signage system that would provide orientation in the urban realm while transcending the limitations of language.

More photographs from the exhibition can be found over on Designboom.com 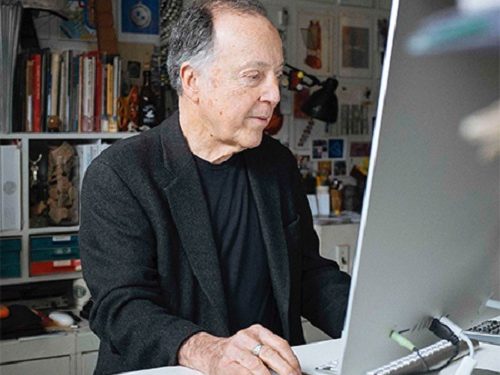 Back to Top
Lance Wyman
Your Cart

No products in the cart.